Let me preface these rules for fans with a caveat: they are directed solely at people that I do not know and who irritate the piss out of me at the concerts that I go to.  If I've ever gone to a concert with you, you're exempt from the rules.

RULES AND ETIQUETTE FOR THE FANS

If we are on line in close proximity to one another do not speak to me or make eye contact with me. I do not want your germs nor do I want your conversation; both will undoubtedly make me ill.

I don't want to see, hear, or smell your good time.

No wearing of concert tour t-shirts. You look like a douchebag. ESPECIALLY if it's from the current tour. Asshole.

Drinking bottled wine does not make you look high-class--it makes you look like an uptight-asshole who is worried about being high class. You're at a fucking concert. Drink your Bud Light and be done with it. Yuppie asshole.

Girls: no group pictures. You're only drawing attention to yourselves and you're doing it on purpose. It's tacky and you're ugly. Don't do it in your seats either because I don't want to wind up plastered all over your shitty Facebook page.


If we are in a General Admission venue do not speak to me and especially do not touch me. There was a guy who was drunker than David Hasselhoff during a Wendy's binge bouncing around and flinging himself into his brother and a friend in front of me.  He turned around and smiled at me and went to push me but fortunately for both of us he saw the death stare I was giving him and he audibled into a pat on the shoulder.  I stared him down and he turned around, thankfully.  I was in a shitty mood that night (in part because of him) and I would not have enjoyed me getting kicked out or him having to pick his teeth out from the back of his throat.  His behavior leads me to the next rule:


If you cannot hold your liquor, DO NOT DRINK AT THE SHOW! Nothing is sadder than seeing that really old guy (or worse really old couple) at the show, usually wearing a brand new tour t-shirt (see rule above about that) and hammered beyond words, talking to the younger kids. Usually that guy is so drunk he can't see the dull horror on their faces and their fight-or-flight mechanisms kicking in.  Worse than him are the twenty-something-year-old-girls drunk on some shitty bottled white zinfandel (see other rule above) falling all over themselves.  Seriously.  I saw TEN people fall either up or down the stairs at the Tom Petty show, most of them females, many of them blonde and young.  Like the whole who fell hard and ate the pavement that was the stairs.  Thanks for spilling your beer on me you dopey whore; I wound up smelling like shitty Budweiser and her shame.

No dancing. Especially if you're white and have two legs and two arms.  It doesn't matter how old you are.  Don't do it.

No making out. I don't care if you're sixteen or sixty (like the couple at the end of my row at the IZOD Center last week). It's unseemly and disgusting. Think of the germs you're passing to one another. Get a room.  Hippies. 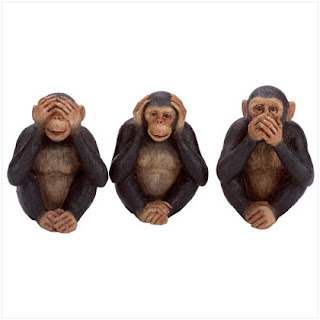 No "WOOOOOOOOOOOOOing" and no whistling.  AT ALL.  The band can't hear you asshole! And even if they could they'd be less appreciative of your adulation than your mother was when you made that shitty one-eared ceramic cat abortion in elementary school for her.  She probably thought about dumping you in a garbage can and making a run for it while she still could...and here you are "WOOOOOOOOOOING" to a band that's at least a few hundred feet away from you.  Do you sense a connection?  Probably not because you're someone who "WOOOOOOOOOOOOOOS" at a show.  My guess is you don't sense much of anything.  Asshole.  And this is aside from the fact that people are trying to listen to the concert and, the odds are, that someone is trying to bootleg it for future enjoyment. The last thing that person wants is to hear your dopey ass drowning out the band screaming on it after the fact.

You know what?  No excessive cheering at all; a concert should be like a tennis match or a golf match.  Predetermined moments where cheering is allowed but with very specific guidelines.  Every usher should have a pair of these:

As for people who like to sing along with the band: NO SINGING ALONG WITH THE BAND! The odds are that you can't sing and I sure as hell didn't pay to come and listen to your off-key ass.  You're ruining the song that everyone else is trying to listen to--ESPECIALLY the ballad!  This applies mostly to female fans and thus presents the largest challenge for them: observing the types of women who attend these concerts, it's pretty obvious that keeping their mouths shut for any great length of time is a foreign concept to them.  Work on it ladies.

Let's make it even simpler: no conversation, whatsoever, during the show, ESPECIALLY when the headliner is performing--not even in between songs and especially not during them! Many of the knuckle-dragging drool machines that I've had the unfortunate displeasure of attending concerts concurrently with don't seem to understand that when the band gets quieter THEY SHOULD TOO! Like during "Breakdown" and "Learning To Fly" when I saw Tom Petty.  Worse, was this asshole sitting behind me who kept trying to talk to his wife over what I'm estimating to be a few million-watt speakers and all he was doing effectively was screaming in my ear and dragging my attention away from the show.  Just whisper in her goddamn ear if you are compelled to speak to her!

Save the pot smoking for the parking lot. Hippie.

THE GETTING UP RULE

If I had my druthers I would always be positioned at the end of the row (either end is fine, I'm not a megalomaniac!)  Everyone to my immediate right or left (depending upon my position in relation to the aisle) would then have to exit the row in that same direction (people to my right must leave right and vice versa).  I cannot tell you how obnoxious it is to have to move so that the same three or four people can leave the row and come back multiple times when I'm trying to watch the show.  I don't know what the hell has been going on but it's seriously getting ridiculous.  People are becoming worse than a bunch of schoolchildren. I can almost hear them screaming "MAMA GO POTTY NOW!" and covering their crotches.  And since when did men become as bad as women with being unable to hold their urine?  Take a leak in the parking lot or go on the way out.  Hell, just whip it out and piss on the seat in front of you!  Whatever keeps your drunk, smelly ass in your seat.

Maybe we should institute the Broadway rule. There will be no getting up during the performance but if, for some reason, you absolutely must, you will have to wait until the intermission, which means the encore or the end of the show. I am a fair and just disseminator of concert rules and etiquette though so I can bend if need be. Perhaps everyone gets one freebie. Or, rather, a row of ten gets five "get ups." This limits the likelihood that people will get up for the sake of getting up. No one can get up more than once though; repeat offenders will be asked to leave. And by asked to leave I mean forcibly removed. There will be tazers...and there will be blood! 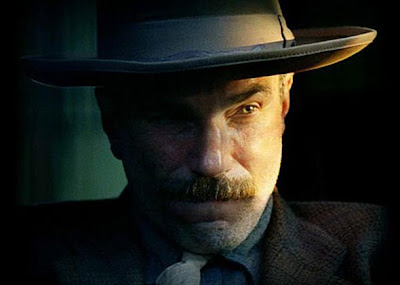 No standing up unless it's a high-octane rock show and your body will simply not allow you to sit still. And that show must have an extremely limited general admission space. If you wanted to stand you should've bought GA tickets. When you purchased a ticket, the odds are that it was for a seat--not SRO. No one says "Oh-Emm-Gee I GOT A FRONT-ROW-STAND!"  You people are like an abscess on the ass of the human genome.


Heading to and Exiting from the Parking Lot

Don't spread out on the walkway; this isn't the goddamn Yellow Brick Road people! Single file, nice and tight so I can walk right on by your inbred asses.

As we head toward the exit, get in line and wait to be let in instead of making a mad rush for the gate at all kinds of ridiculous angles. Dan and I had to wait almost an hour just to get out of the parking lot at Jones Beach because, much like with Courtney Love, people were trying to fill every available entrance and exit all at once instead of just waiting their turn.