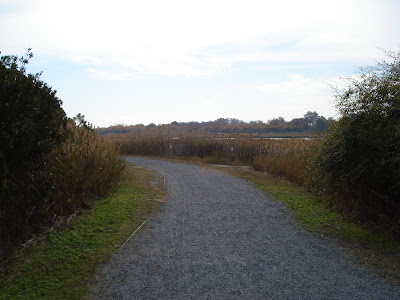 Some of the best memories that I have of my childhood involve trips and adventures with my parents. With my Mom, I can recall scores of journeys that we took around our neighborhood, Gerritsen Beach, when I was little. We would venture down courts I rarely traversed, follow paths down to the shore, or head down into the "Old Section" for some family history and seaside fun. We would search for exotic rocks for me to take home (a hobby of mine that lasted most of my childhood), loose change forgotten on the ground, and other trinkets or mysterious items.

I remember being four years old and standing along a small stone pier, looking down at the most bizarre creatures I had ever seen. I remember my Mom grabbing Laura Ann's hand and pulling her back before she was nearly eaten alive by the so-called horseshoe crabs. I remember the way that their legs kicked rhythmically when they were upturned and the skeletal appearance of their unprotected joints and belly. I remember my Mom protecting us from an aggressive dog when I was quite small, still on a plastic tricycle and too young to develop my coordination on a bike with training wheels.

It was these adventures that lit the fire of my curiosity for exploration. I looked forward each year to being allowed to travel a little further on my bicycle on my own. I rarely if ever overstepped those boundaries because a) I had a terribly strong conscience that would guilt me into ratting myself out and b) my Mom knew everyone in the neighborhood and I knew that someone else would rat me out. 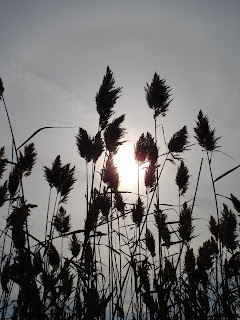 Each new block offered its own mystery and aura. I should note that I grew up in a neighborhood that is surrounded on three sides by water, essentially has only one main road in and out, and is arranged by alphabetical courts (and quasi-alphabetical avenues). My family has been in the area since 1930 and, consequently, it is the location that my grandfather, my father, and me all grew up in. It is as close to an enclosed community as one can get without actually setting up a gate. Everyone knows (or might be related to) everyone else; it is Small-town USA in Brooklyn, NY and, in my opinion, is the greatest place to have grown up. With all of that said, the alphabetic layout of the neighborhood added to my excitement and curiosity. If I was allowed to Frank Court I would wonder what I would find on Gain--if it was Everett Avenue I would envision Devon and so forth. Eventually, by the time I finished elementary school, I was able to traverse the entire neighborhood without restraint. I would often ride up and down the streets just taking in the unique features, storing them as mental photographs.

By the time I neared adulthood (at least in the eyes of the law) I was traveling along bigger and better roads, leaving the then-confining courts that I grew up on behind. I traveled over the Marine Parkway Bridge into the Rockaways, eventually trekking as far north as the Vietnam Veterans Memorial Bridge and traveling through Broad Channel and along Cross Bay Boulevard. 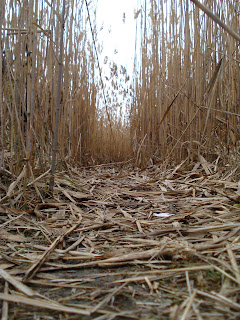 Before I find myself irretrievably lost on my bike adventure tangent, I would like to get back to the other cache of trip memories that I have: those with my Dad. Some of my greatest lifetime memories come adventures taken with my Dad, from family roadtrips he spearheaded, and from trips that I got to go on when I went with him to work. I will tackle all three batches of trips in my next post during which I will elucidate the Ice Cream and "Iceland" aspects of my entry's title.
Posted by The Stay At Home Scholar at 10:44 PM